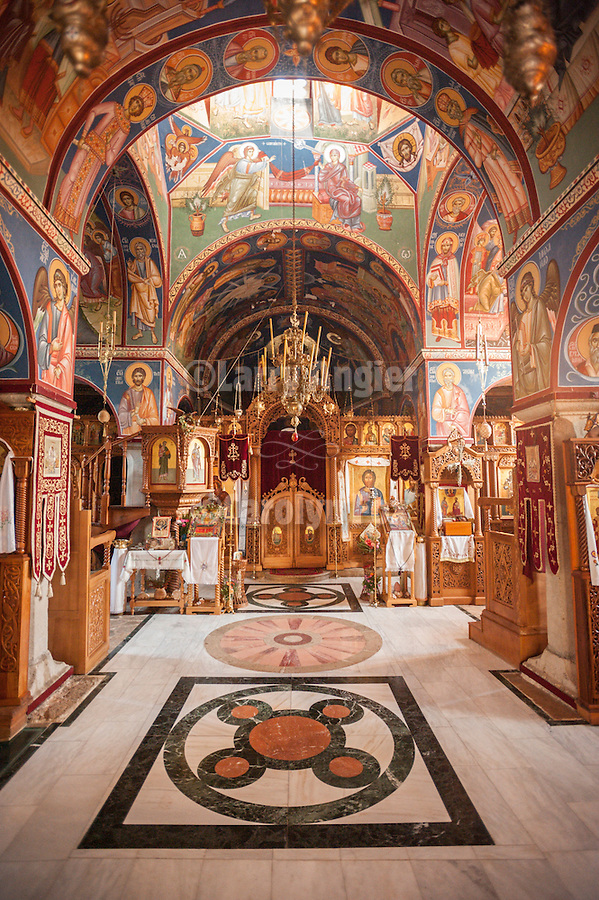 angier-0909-trebinje-9813.JPG
Interior of the The Tvrdos Monastery founded in the 4th Centruy by King Constantine

Tvrdos is a Serb Orthodox monastery near the city of Trebinje, Republika Srpska, Bosnia and Herzegovina. The 4th-century foundations of the first Roman church on the site are still visible today. The Orthodox monastery was established there in the 15th century, with a cathedral constructed about 1508 and painted with murals by Vicko Lavrov from Dubrovnik in 1517. The monastery remained a seat of the Metropolitans of Herzegovina until the Ottoman Turks destroyed it in 1694. The current building of the monastery was constructed in 1924.
©2009 Larry Angier/Image West Photography 209.223.2881/209.765.3104 www.angier-fox.photoshelter.com