Miloje Milinkovic at the Sebastian Dabovich grave in the cemetery at Zica Monastery, .The Red monastery--Gravesite of Sebastian Dabovich, founder of St. Sava Church, Jackson, Calif. His relics are interred in Jackson...The monastery was founded by King Stefan Prvovencani, the First-Crowned, and built in the early 13th century and received St. Sava as the first Patriarch of the Serbian Orthodox Church in 1219. The monastery was burned in a raid near the end of the 13th century and was subsequently deserted. Multiple renovations were carried out during the late 13th and early 14th centuries. The most complete renovations were completed during the rein of King Milutin (1282-1321)..Nikolai Velimirovic was consecrated Bishop of Zica in 1919. Zica suffered damage during World War II which Bishop Nikolai was unable to restore, because of his arrest there in 1941. After the war Zica became a woman's monastery. Zica celebrated its 800th anniversary in 2005. 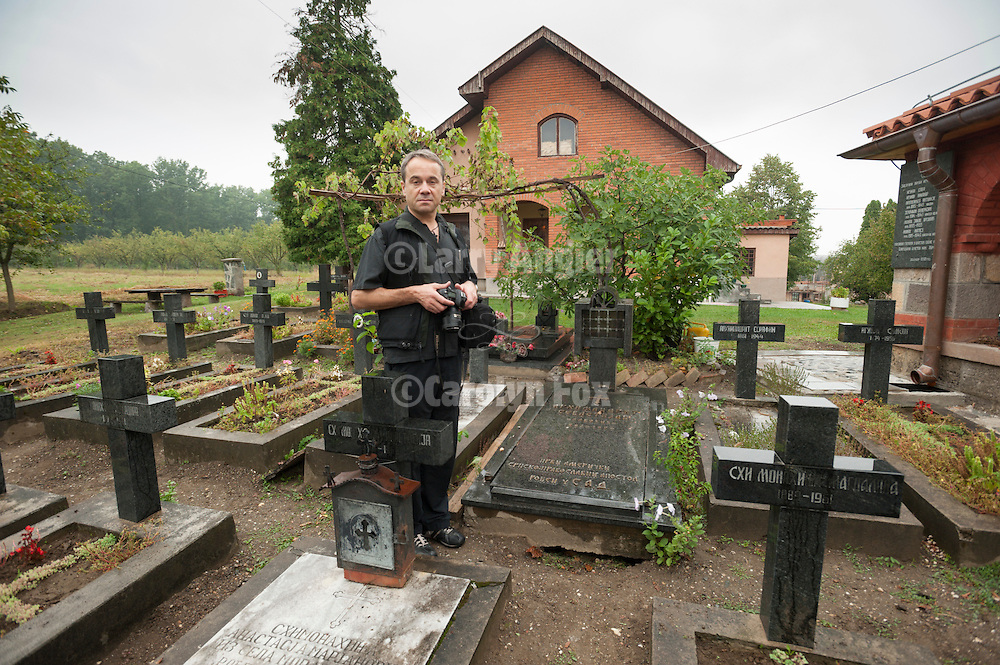