Sopocani Monastery--near Novi Pazar..The Sopocani monastery , an endowment of King Stefan Uro? I of Serbia, was built in the second half of the 13th century, near the source of the Ra?ka River in the region of Ras, the centre of the Serbian medieval state. The church was dedicated to the Holy Trinity and completed around 1265, with interior decorated shortly thereafter. Archbishop Sava II, who became the head of the Serbian Orthodox Church in 1263, is represented in the procession of archbishops in the area of the altar. The frescoes of Sopo?ani are considered by some experts on Serbian medieval art as the most beautiful of that period. On the western wall of the nave is a famous fresco of the Dormition of the Virgin. In the 16th century the monks had to temporarily leave the monastery on several occasions due to the Ottoman threat. Finally, during one raids in 1689 the Ottoman Turks set fire to the monastery and carried off the lead from the church roof. The brotherhood escaped with some important relics to Kosovo - but did not return to Sopo?ani; it remained deserted for over two hundred years, until the 20th century. The church slowly decayed: its vaults caved in, its dome fell down, and the remains of the surrounding buildings were covered with rubble and earth..Finally, during the 20th century the monastery was restored and today it is settled by a thriving brotherhood of dedicated monks. The fact that most of the Sopo?ani frescoes still shine with radiant beauty - surviving more than two centuries of extreme exposure to the elements - many consider nothing less than a divine miracle. 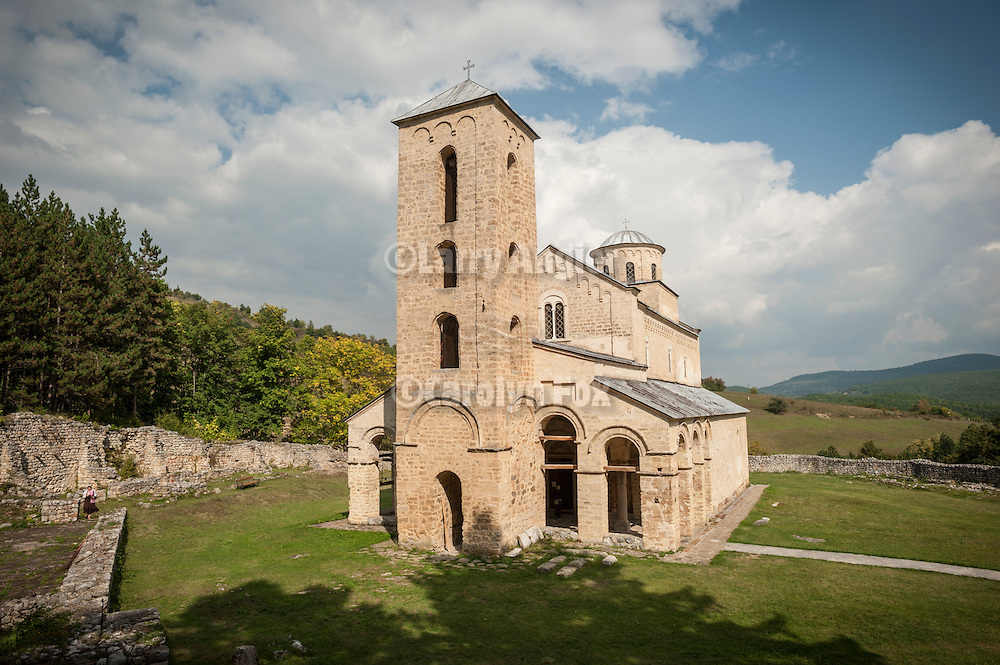