Mokra Gora is one village but three mountains, one village but two churches-one in Krsanj, another in the centre of Mokra Gora.The first had been burnt down three times by the Turkes and people of Mokra Gora persistently erected it from the ashes.According to oral tradition the church of Sveto Vaznesenje had been built at the end of 17th century, before the great migration of the Serbs, on a very hidden spot near the river Beli Rzav, surrounded by very high rocks on both sides. After the three burnings of the church in Krsanj, people of this village built a stone church that still exist and there is a valuable iconostasis from the year 1849 with the icons painted in the same year. It's the icon of Jesus Christ, the big archpriest on the throne and the icon of Mother of God with Christ on the throne. People of Mokra Gora had been trying to build a church in Mokra Gora since 1876.
It is reported that the icon of Holly Mother of God had been brought from Krsanje to Mokra Gora three times, but all over again it returned by itself to Krsanje to the site of a fire, and not until 1945 Mokrogorci built the church and erected the paris home. 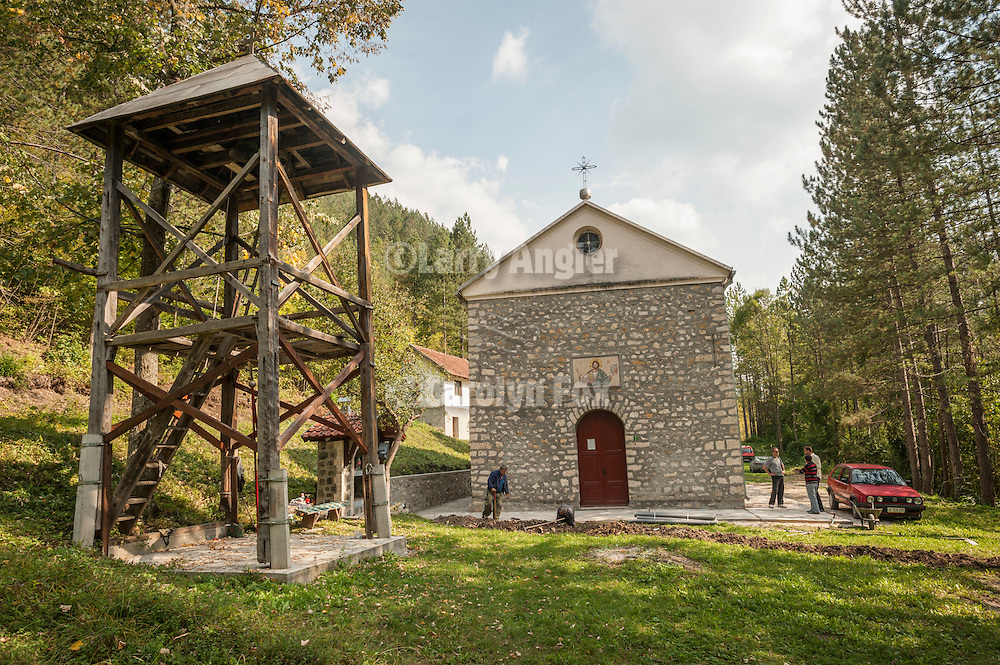