Famous and historic White Angel fresco within the church at the Monastery Mileseva, Serbia originally built in the early 13th century. Frescoe of "Holy Chrism Bearers at the tomb", aka The White Angel (of Mile?iva), depicting the Angel Gabriel over the empty tomb of Jesus after rising to heaven...One of the finest examples of Serbo-Bizantine frescoe and artworks from the 13th century European middle ages ...The White Angel was the first image broadcast via the first satellite transmission via Telstar from the east to the west, Europe to America as a gesture of peace and civilization right after the Cuban Missile Crisis of 1962. ..The same image was also broadcast to deep space as a communication to any extraterrestrial life that may be out in the universe. 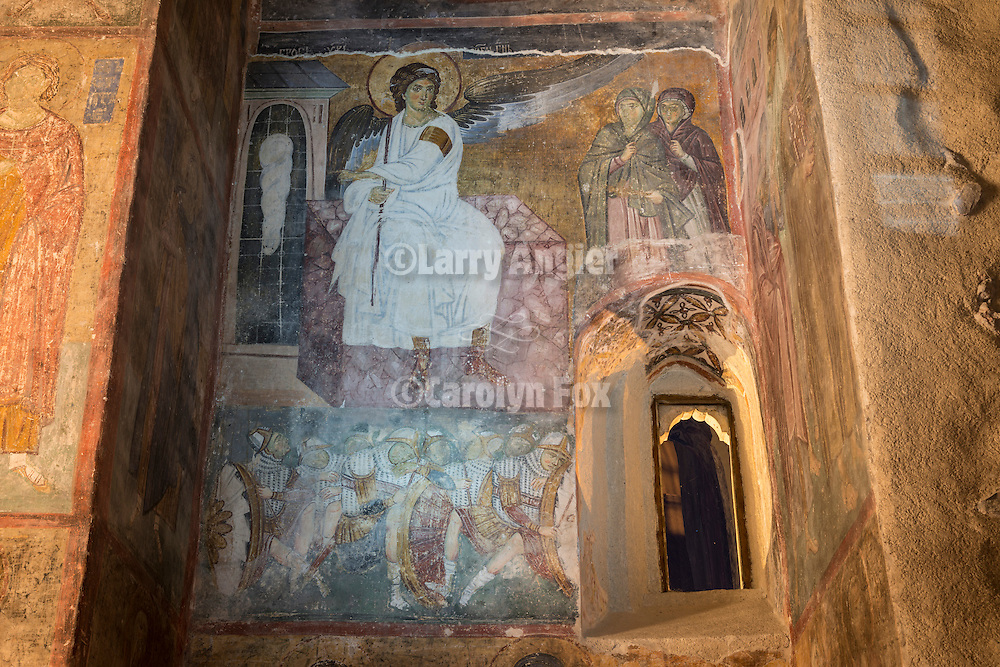