Gardos Tower, Zenum district of Belgrade..The major attraction in the neighborhood is the Kula Sibinjanin Janka (The tower of Janos Hunyadi) or the Millennium tower, also known as the Tower on the hill or simply the Gardos tower. It was built and officially opened on August 20, 1896 to celebrate a thousand years of Hungarian settlement in the Pannonian plain. It was part of the massive construction effort which included buildings in Budapest as well as four millennium towers on four directions of the world. Being the southernmost city in then Hungary within the Austria-Hungary, the tower was built on the ruins of the medieval fortress on Gardo? hill which barely survived today (only angular towers and parts of the defending wall). The tower was built as a combination of various styles, mostly influenced by the Roman elements. Being a natural lookout, it was used by Zemun's firemen for decades. Today, the tower is better known after the Janos Hunyadi, who actually died in the old fortress four and a half centuries before the tower was built.. 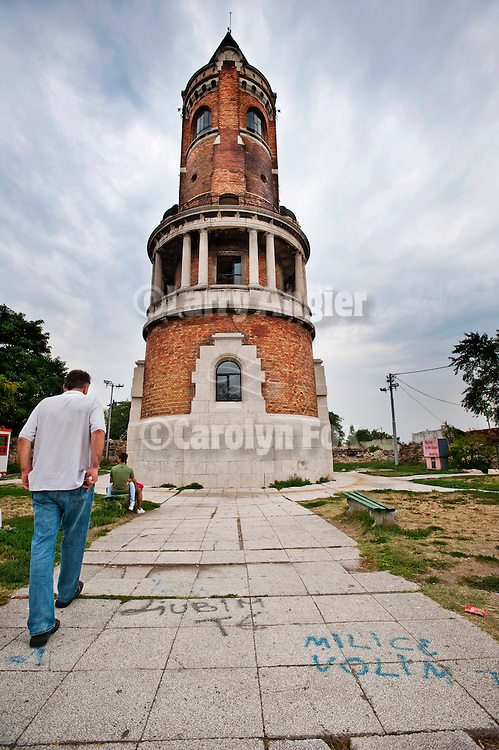