(Turkish: Sokullu Mehmet Pasa Köprüsü); in Visegrad, across the Drina River in eastern Bosnia and Herzegovina, was completed in 1577 AD[1] by the Ottoman court architect Sinan on the order of the Grand Vizier Mehmed Pasa Sokolovic. It is characteristic of the apogee of Ottoman monumental architecture and civil engineering.
It numbers 11 masonry arches, with spans of 11 to 15 metres, and an access ramp at right angles with four arches on the left bank of the river. The 179.50m long bridge is a representative masterpiece of Mimar Koca Sinan, one of the greatest architects and engineers of the classical Ottoman period and a contemporary of the Italian Renaissance, with which his work can be compared. The unique elegance of proportion and monumental nobility of the property as a whole bear witness to the greatness of this style of architecture.[2]
Three of its 11 arches were destroyed during World War I and five were damaged during World War II but were subsequently restored.[3] During the Bosnian War the bridge was a place of a brutal killings of a large number of civilians during the Visegrad massacre in 1992. 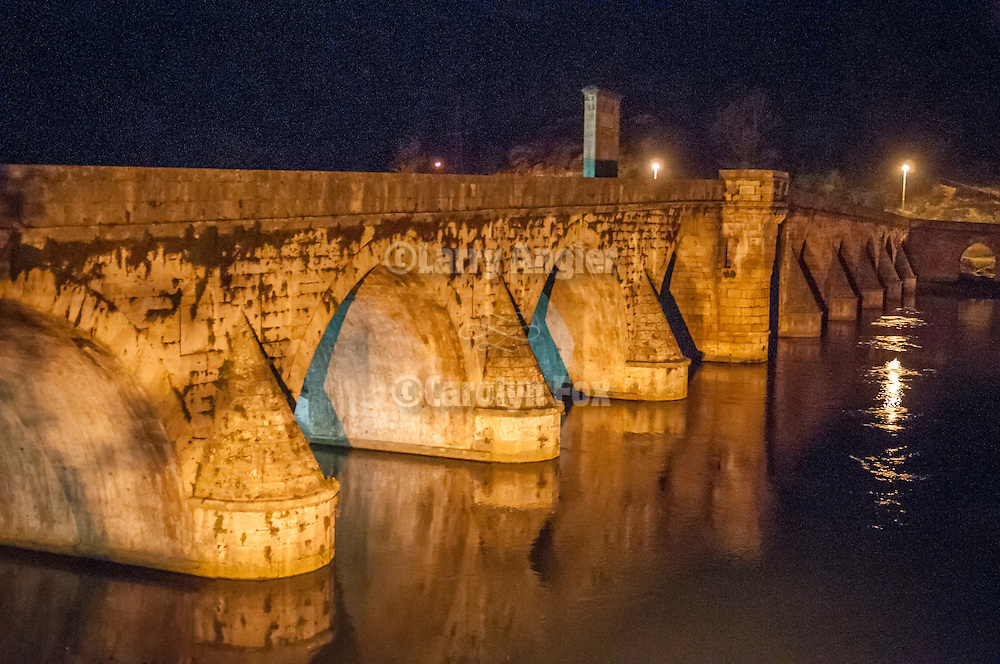